Paintings with purpose: culture and community as fuel for Italy’s future

How can a centuries-old art museum play an active role in a connected, diverse society? This is a question that British-Canadian Director, James Bradburne, asked himself as he took the helm of one of Italy’s most prestigious art museums. In this exclusive interview, Bradburne explains how the pandemic has helped transform the museum’s relationship with its community, the role of digital content in its business model and his mission to put purpose back into the Pinacoteca.

Founded by Napoleon in 1809, the Pinacoteca di Brera in Milan forms an important part of Italy’s tumultuous collective history, but the arrival of Bradburne and a global pandemic provided a chance to rethink its contemporary positioning.

• You are in charge of an institution that has been around for over 200 years. How do you see the future of the museum and what does it mean to reinvent an organisation that is so historic and at the same time needs to be contemporary?

JB: Recalling the radical mission of the first public museums created in the forge of the French Revolution, and the mission of Italian museums before the creation of the Ministry of Culture, the museum is the community’s ‘big house’, where its collective memories are stored to fuel a reflection about the future, and to prevent citizens from being reduced to mere voters, and their rich collective identity reduced to that of their consumer choices.

To meet this goal, a museum has to first make its spaces accessible – physically, socially and intellectually – by highlighting the full range of museum activities, re-installing its collections to enhance understandability and emotional impact, creating a rich interpretive offering in multiple languages and multiple affordances.

• How specifically are you putting this outward-looking idea into practice?

JB: Prior to the pandemic, libraries had been under pressure to become more like museums, and some had even suggested charging entrance fees and promoting library visits as part of the tourist itinerary. With the demise of mass tourism, and the folly of seeing mass tourism, visitor revenue and economic impact as their prime mission, museums now have to become more like libraries. Libraries don’t have visitors, nor do they have tickets – they have users, and users have library cards. In effect, to use the library, a person becomes a member of the library community, which comes with rights and responsibilities. The museum – the library’s non-identical twin – must take the same step, and think not in terms of anonymous visitors, visitor numbers and visitor revenue, but users of the museum, and members of its community – not casual and disinterested, but committed. As the last great Director of Brera, Franco Russoli, said in 1976: “every effort should be therefore made to involve the museum in all the cultural activities of the environment in which it operates: not as a place for contemplation or the study of tradition, but as a place where the development of contemporary reality is built and experienced.

Not as something to do in one’s ‘free time’, but for ‘committed time’.” The simple but fundamental shift – from visitor to stakeholder, and from ticket to card – creates the radical possibility of the museum’s members having a right to a place at the table when it comes to key decisions about the institution’s future. When I buy an iPhone, I am merely a client – when I buy a share in Apple, I become a shareholder, with the right to vote at the annual meeting. Whereas prior to the pandemic, museums were under pressure to contaminate the experience in the museum with digital media – virtual reality; augmented reality; video tours – and the online presence used only to illustrate the pleasures that would be had once the visitor had entered the hallowed spaces of the museum, the lockdown obliged the museum to develop a coherent, valid, powerful and above all autonomous online offer.

Rather than contaminating the experience of the museum in person, it became clear that the future was in making a clear separation between what could only be experienced in person, and what could only be experienced online. In both cases the mission of the museum remained the same – creating new value with the collections in its care – but freeing the online experience made it possible for the first time to offer a museum that was open 24/7, much as Ted Turner did in 1979 when he created CNN to deliver ‘all the news, all the time.

• Your views on how to measure the performance of a museum have been rather disruptive. Could you explain your thoughts behind traditional performance indicators and why you think they are flawed or outdated?

JB: Traditionally museums have been judged either by the quality of their collections, which is usually a legacy over which no director has any control, or by the number of people who choose to visit the spaces of the museum, more influenced by international tourism, exchange rates and now, travel restrictions, than by anything the museum actually does. The shift from tickets – access to physical spaces – to subscriptions – the purchase of the interpretation a museum actually produces – means that for the first time museums can be evaluated according to what they do, not what they have. However, in order to make this shift – a transformation already underway for decades in music, cinema, television and print journalism – museums and libraries need to develop new approaches and new skills online: if the museum only conducts its interpretation in situ, there would be no difference between a subscriber and a visitor. So museums need to experiment, invest, and take risks. Above all they have to create an online experience that not merely illustrates what the museum has or does but gives a genuine museum experience to online users. The key to what makes a museum visit dramatically different than other forms of time-based narrative culture can be expressed in a single word – autonomy. Instead of being locked into a seat as the narrative is presented, in the museum a user chooses her own path, her own timing and her own interests. She can return to a work, skip others, leave and come back anytime. This is what the online experience has to offer if it is to live up to the challenge of making the museum available 24/7. To demonstrate a possible future for the development of libraries and museums online, we spent much of 2020 experimenting with a new format – Brera Plus+ (www.breraplus.org) – which tries to provide a user with an autonomous online experience, combined with a compelling narrative. With a valid online experience that complements but in no way substitutes the visit in person, the membership card – for the price of a former ticket – becomes a subscription to the museum around the clock, for the entire year, and includes a visit to the museum as well, to be booked in advance. In this way, Brera can continue to express its enlightenment values of popular education, tolerance and accessibility to all, as well as its mission to be at the service of every citizen, when she needs it, from the cradle to the grave. Thanks to COVID, we have taken another step towards fulfilling the mission of putting Brera in the heart of the city, and the user at the heart of Brera.

• During times of great socio-political uncertainty, what role do you think museums, and the Pinacoteca di Brera more specifically, can play in society?

JB: Museums now have to move beyond mere accessibility to genuine inclusion. This means profoundly recognising – and respecting – the diversity of the publics for whom the museum should be their ‘big house.’ Brera has gone a long way towards inclusion, although it is nowhere close to the ideal. At Brera you can find labels written for different publics: three different kinds of tactile labels; olfactory labels; labels written for those with autism and other psychological conditions. You can find labels that recognise ethnic and religious diversity: labels written by famous writers; labels by Asian contemporary artists; labels written by leading Muslims, Christians and Jews. We have programmes for patients with Alzheimer’s and Parkinson’s and their carers, and we have support programmes for the families of children in the Buzzi children’s hospital, and those in the VIDAS end-of-life hospices. A museum has to be there when the community needs it – for inspiration, education, contemplation, but also consolation.

• A lot of Italian businesses have enormous heritage to preserve and communicate. What is your perspective on how they can leverage that relevance to society today?

JB: In a time of massive over-production of high-quantity but low-quality, largely ephemeral information, it is essential to underline the importance of memory. Our institutions of memory are increasingly important as a means of moving back to the future, of anchoring our growth in our experience of the past. Italy has an extraordinarily rich heritage, but at present it uses it as the Saudis use oil – as something to be pumped out and cashed in – heritage really is the oil of the country. But unless Italy learns to create new value with its heritage, to refine it and transform it in creative ways, and above all to create new forms of cultural expression it will continue to fall behind, and become merely a country of winemakers, restauranteurs and waiters, subject to the whim of trends in mass tourism

This article is part of Lundquist Quarterly .Culture issue. Click here to view other articles from this issue. 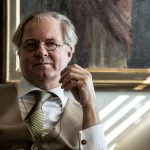 James M. Bradburne is a British-Canadian architect, designer and museum specialist who has designed World’s Fair pavilions, science centres, and international art exhibitions. He was appointed Director General of the Pinacoteca di Brera of Milan in October 2015, one of twenty such appointments made by the Minister of Culture Dario Franceschini as part of a historic shake up of the state museum sector in Italy. From 2006 to 2015 he served as the founding director of the Fondazione Palazzo Strozzi, one of Italy’s first public-private partnerships and Florence’s largest temporary exhibition space. Bradburne lectures internationally and has published extensively. 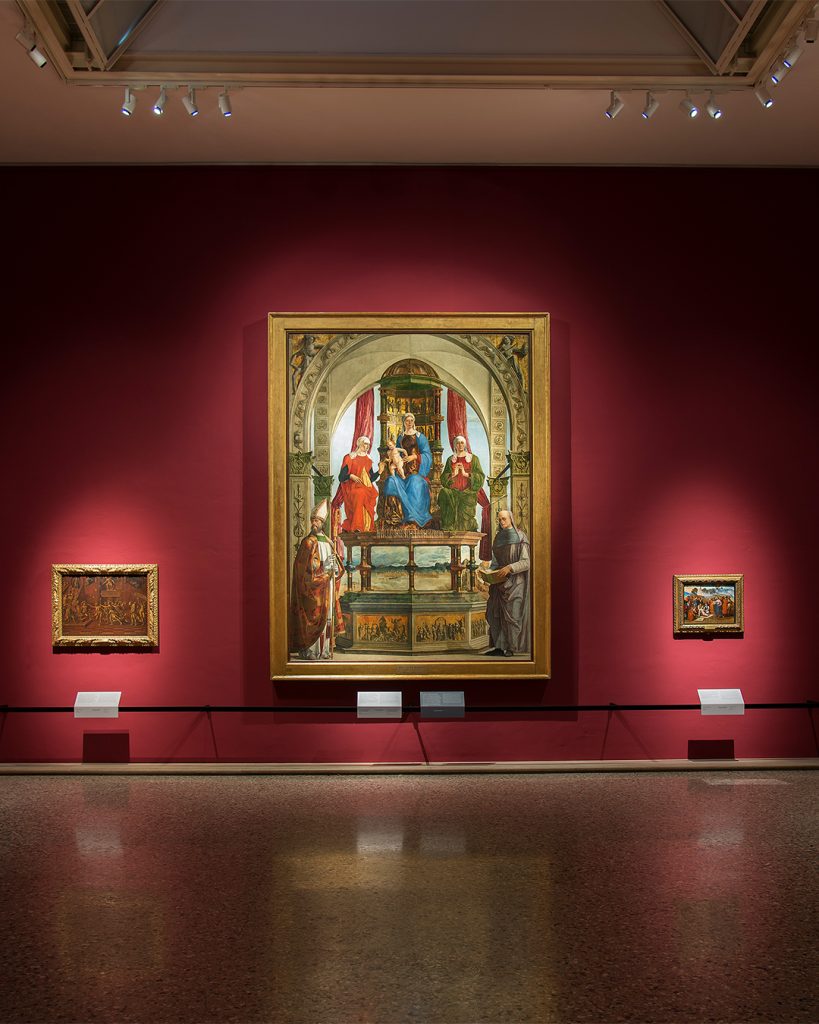 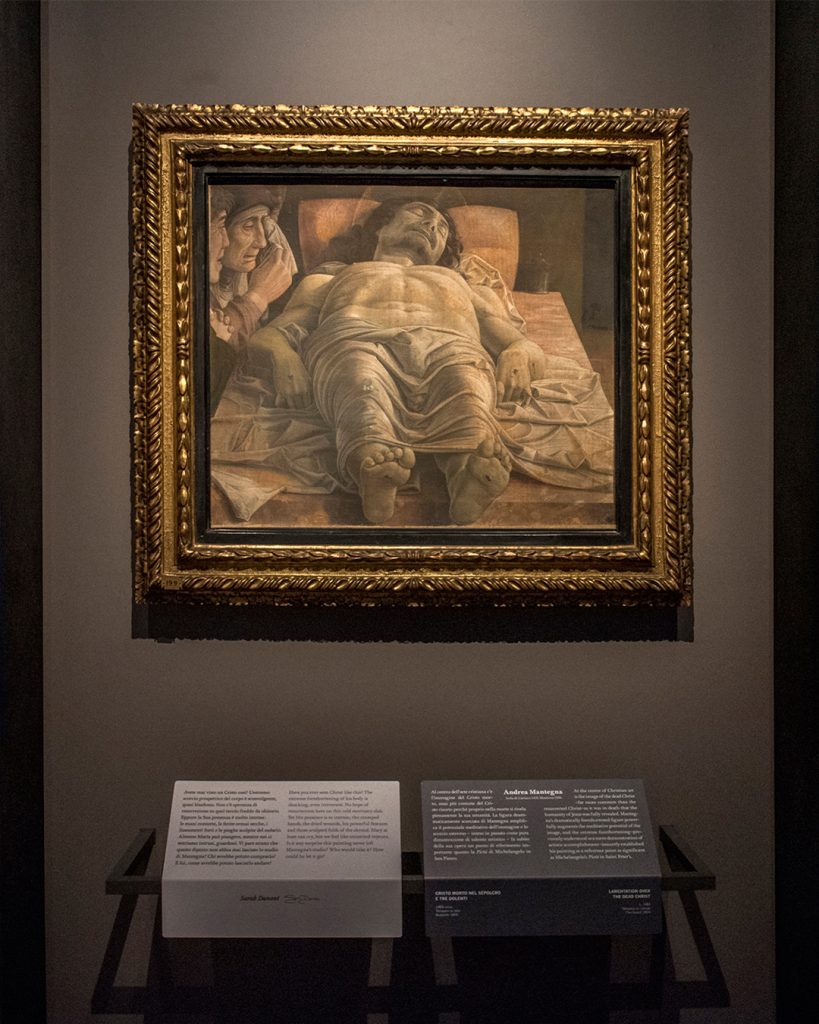